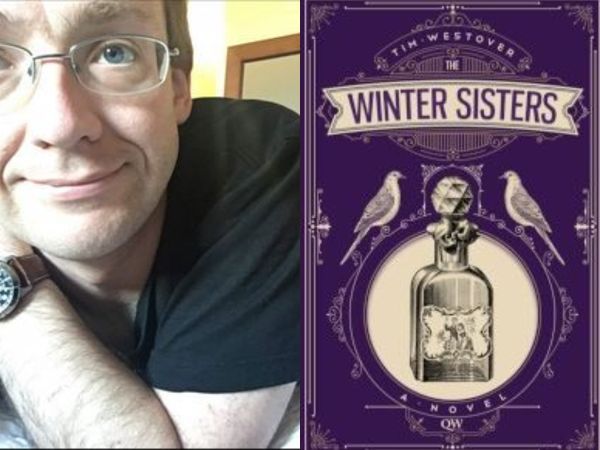 CHICAGO—June 24, 2020—Pre–Civil War Georgia is the setting for the first winner of the U.S. Selfies Book Awards. The prize was presented to Tim Westover, author of The Winter Sisters, this evening in a live virtual ceremony at the American Library Association’s annual conference, by Carl Pritzkat, president of BookLife, which administered the awards in conjunction with the award’s co-presenters, Publishers Weekly and BookBrunch.

“Writing is just one part of the recipe. To self-publish a book, you’re coordinating resources yourself,” said Tim Westover, winner of the U.S. Selfies Book Awards inaugural prize. “I also wanted to support a charitable cause, so I decided to donate the proceeds of The Winter Sisters to the Children’s Hospital of Atlanta, specifically the Child Life Department, which supports the mental well-being of the patients. They have received over fifty thousand dollars for the department from the book.”

Jo Henry, managing director of BookBrunch and a juror for the awards, said, “This is a brilliantly realized depiction of the conflict between new scientific theories and traditional herbal remedies, set in a small 19th-century community under threat of rabies. Will the superstitious townsfolk trust to the new doctor or the three sisters—witches to some, healers to others—to cure them? With excellent sales and a sound marketing plan, Westover is a worthy winner.” 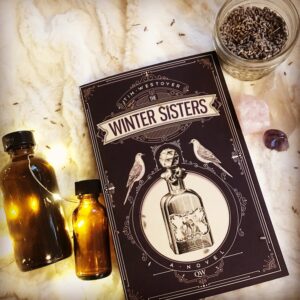 The Winter Sisters follows medical doctor Aubrey Waycross as he makes his way from big-city life to the small frontier town of Lawrenceville, Georgia, where his modern-day, scientific bloodletting methods are tested by three sisters’ witchy ways filled with herbal concoctions and claims to cure yellow fever. Some folks call the sisters herb women; some call them witches. Waycross just calls them quacks. But when the threat of rabies—incurable and fatal—comes to town, Waycross and the Winter sisters must combine their science and superstitions in a desperate search for a remedy.

The Winter Sisters (QW Publishers, 2019, ASIN B07W7Q7623) is Tim Westover’s second Southern novel. His first, Auraria: A Novel (QW Publishers, 2012), received a starred review from Publishers Weekly, which called it a “genuinely inventive novel that reads like steampunk via Mark Twain.” Other books by Westover include The Old Weird South (QW Publishers, 2013), short stories exploring the supernatural side of the American South, and Marvirinstrato (Mermaid Street) (BookSurge Publishing, 2009), a collection of short stories in Esperanto. A recognized expert in Esperanto, Westover also speaks Russian and German and reads ancient Greek. Westover is a transplanted Yankee who put down roots in Lawrenceville, Georgia, where he has embraced the culture. He perfected a family recipe for biscuits, learned to play the claw hammer banjo and travels the South looking for unique stories, folklore and history that he enjoys mixing with larger philosophical themes.

The awards are co-sponsored by IngramSpark®, Ingram’s award-winning self-publishing platform, and Combined Book Exhibit, which showcases published works at trade shows and expos around the world. Westover, in addition to receiving a $1,000 cash prize contributed by IngramSpark, also receives promotional book displays valued at over $2,500 from Combined Book Exhibit at major book fairs around the world and a $5,000 package of print and digital advertising in Publishers Weekly.

The mission of the awards initiative, which was the creation of BookBrunch and introduced to great acclaim in the U.K. in 2018, is to discover new talent and reward the best self-published titles each year. The U.S. awards’ first year focused on adult fiction published during 2019. Future years are expected to include nonfiction and children’s books.